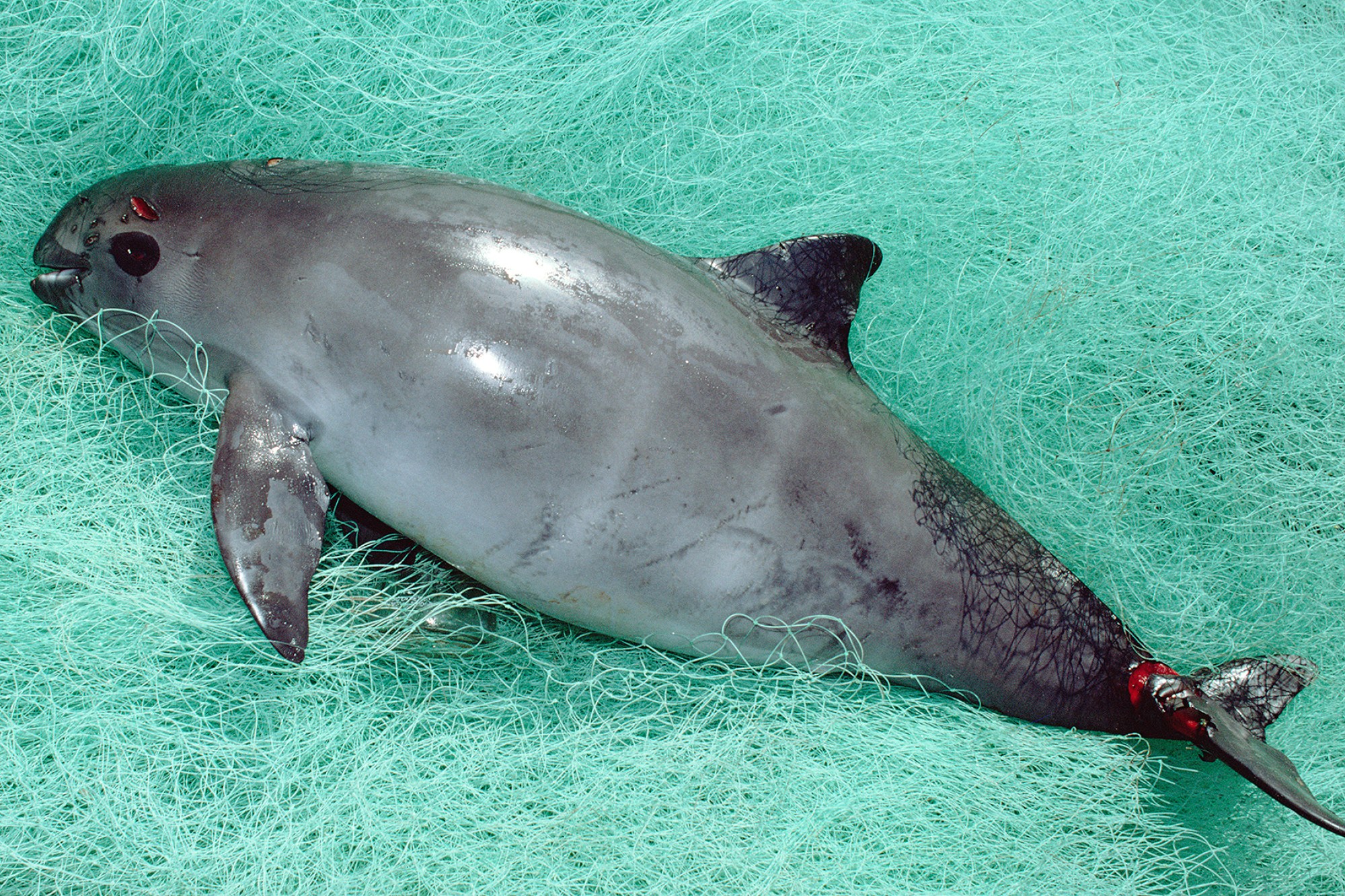 The Living Desert is working urgently to help protect the vaquita by sending funds to conservation efforts surrounding the vaquita. Your contribution will directly support the emergency conservation action plan to help save the vaquita from extinction.

Without your help, Vaquitas will go extinct.

The Vaquita is the most endangered marine mammal in the wolrd and is on the edge of extinction. Vaquitas are little porpoises found only in a small area in the northen Gulf of California (also known as the Sea of Cortez), bordering Baja California and the Mexican mainland. They're shy and small, with dark markings around their mouth and eyes, lending to the nickname "panda of the sea." In 2015 there were a dangerously low 60 vaquitas alive on the planet, and now there are fewer than 30 animals left. Due to the illegal fishing of totoaba with gillnets, the vaquita has been vanishing in plain sight. But with your help, we may be able to save them. There is an urgent need for immediate funding to avoid delaying protection and recivery efforts in the field.

Under the plan, animals will be located, rescud, housed, and cared for by animal specialist and veterinarians. A sanctuary sea pen will be constructed in the vaquita's home sea, the Gulf of California. The vaquitas will be released once their habitat is free of gillnets. Gillnets are the main threat to the vaquita and Mexican law enforcement is working furiously to rid the vaquita's home of these nets. Implementation of this ambitious conservation plan is estimated to cost more than $3.7 million in 2017 alone and could take several years. There is an urgent need for immediate funding of $1 million by March 15, 2017 so the project's timeline can stay on track.