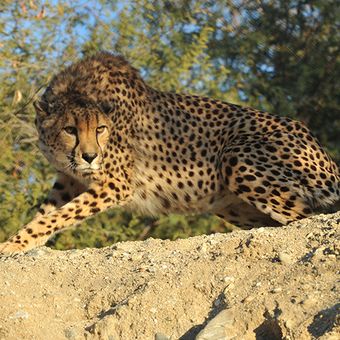 Cheetahs inhabit the savannah and arid open grassland of Africa, south of the Sahara Arabia, Iran and as far as east Turkistan. Cheetahs are the world’s fastest land animals and are capable of sprinting at speeds up to 70 miles per hour. Unlike other big cats, cheetahs do not roar and have small feet with blunt claws that do not retract. The population of mature cheetah continues to drop. The population last reported was under 7,000 animals.

You can help us save Cheetahs and other species from extinction by supporting The Living Desert’s conservation efforts through the adoption program. Together we can save and protect wildlife around the world.